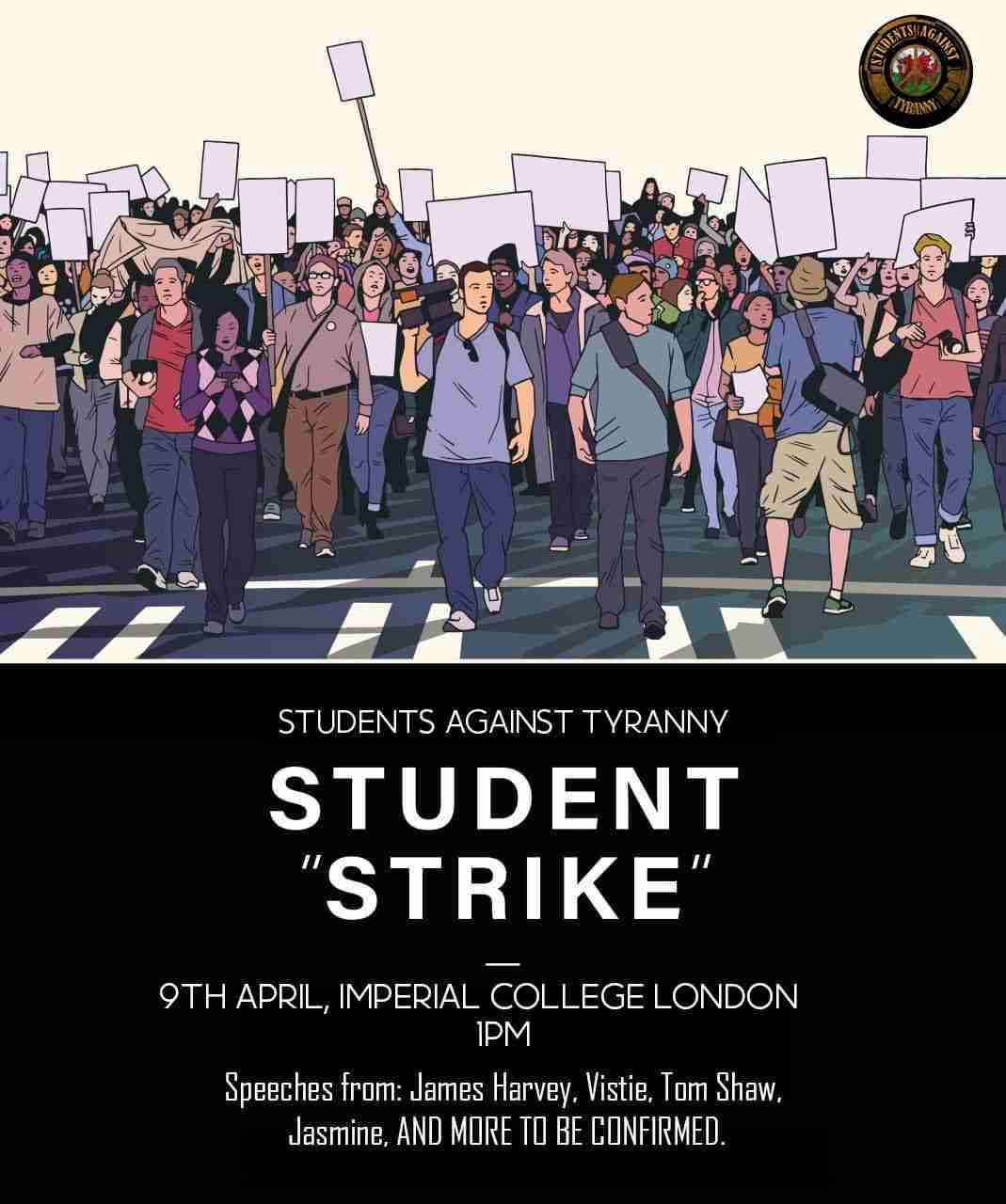 ATTENTION ALL PARENTS AND STUDENTS

STUDENTS AGAINST TYRANNY MARCH ON THE 9TH APRIL @ 1PM OUTSIDE THE IMPERIAL COLLEGE LONDON – The home of Neil Ferguson – the man who made the models that all the restrictions have been based off.

We are protesting for the following reasons:
-To raise awareness of the issues and discrimination students are facing.

-For universities to stop the requirement of PCR testing and masks as a condition of access to campus.

-In solidarity with all NHS students that have been banned from their courses or been told that they are not allowed to go on placement.

-To show Neil Ferguson how many lives he’s ruined through his wildly inaccurate models.