Together Live Event: “This is going to be painful! The ‘Cost of Lockdowns’ crisis” 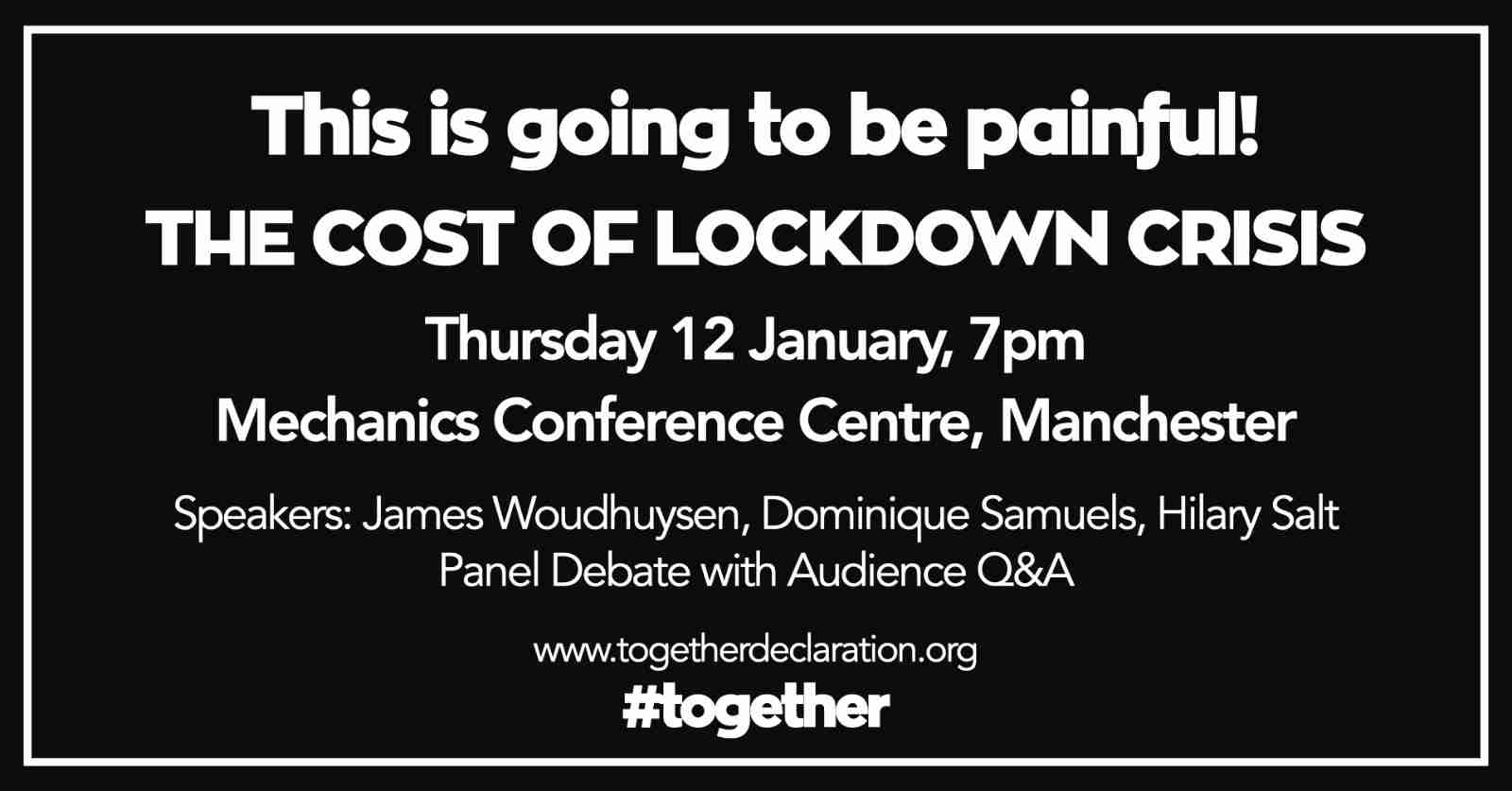 Britain is now officially in recession. With inflation ramping up to record levels and food and energy prices rapidly increasing, we are facing a really tough winter.

It looks like there will be a very difficult economic period ahead.

Jeremy Hunt, the latest Chancellor of the Exchequer, lays the blame at the feet of the global ‘windstorms’ as though these things happen just like the weather; out of our control and with little to be done about it.

However, making the decision to ‘lock down’ the whole of society, shutting down the economy and then imposing ongoing restrictions, along with hundreds of billions of pounds spent to keep healthy people at home on ‘furlough’ was always going to have consequences. Many pointed this out from the start, but were shouted down, marginalised or ignored.

Hunt has blamed the war in Ukraine for the drastic economic measures his government are taking and yet people were being forced to make decisions about whether to ‘heat or eat’ long before the outbreak of war.

In truth, Britain has had many years of sluggish productivity, low wage growth and a lack of investment in key infrastructure. We once had strong nuclear ambitions, but that’s been jettisoned, under the guise of ‘Net Zero’. France meanwhile gets 60% of its energy from nuclear power. The political decision to remove direct democratic control from the Bank of England as well as the ongoing use of Quantitative Easing (QE) on an eye-watering scale, has only added to the UK’s pre-existing enormous debts. All of this has contributed to the precarious economic situation we find ourselves in today.

The ‘Net Zero’ obsession has had a huge impact too, and without any public discourse to understand whether it in fact makes any sense, given the real problems we face. We see energy providers closing and being told to decommission, only to then be requested to ramp things up again. It seems the aspiration and indeed requirement for cheap energy, readily available for all, is now completely off the table.

What does all this mean for us? Where are we, the public, in this discussion?