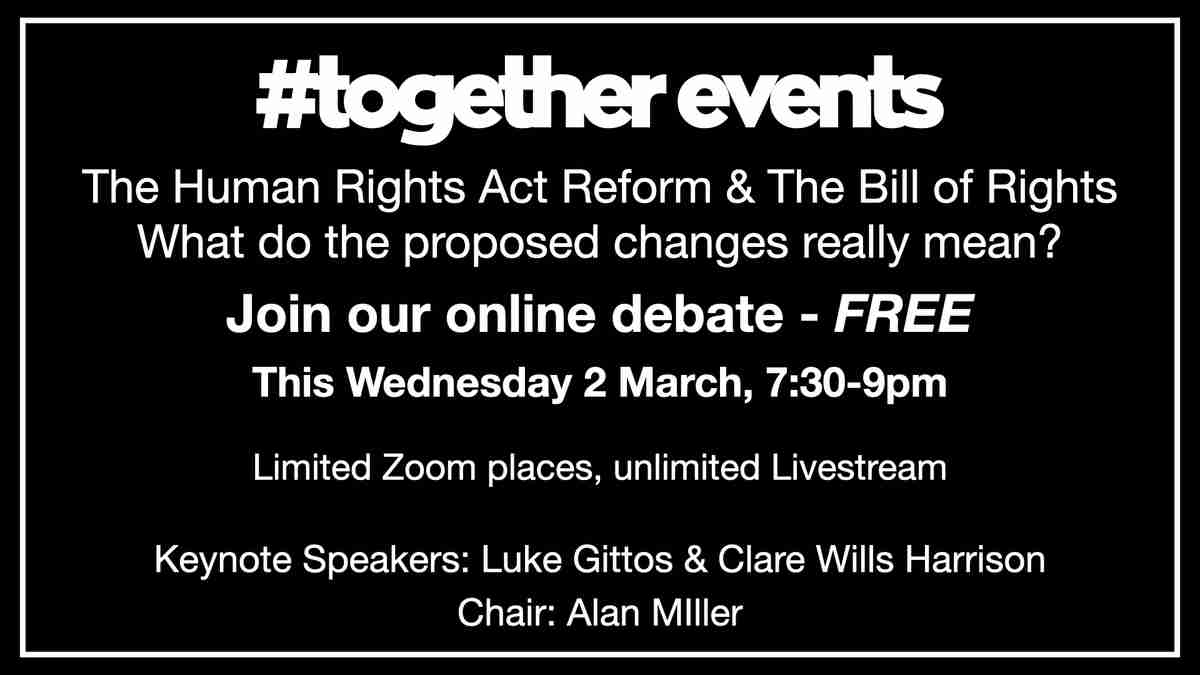 Why do we need to debate the upcoming consultation on the Human Rights Act?

The Human Rights Act is the UK law that exists to ensure that everyone’s rights are respected and protected.

The Independent Human Rights Act Review was announced in December 2020, set up by the UK Ministry of Justice as an independent panel.  Importantly, at the same time as the IHRAR, Parliament’s Joint Committee on Human Rights had a parallel inquiry, taking evidence on a much wider set of questions to understand how the Human Rights Act has been working and whether it needs change.

The JCHR published its report in June 2021 and said “the evidence we heard has led us to conclude that there is no case for changing the Human Rights Act”. This was submitted to the Ministry of Justice. On the 5 October 2021, Dominic Raab stated he would, “overhaul” the Human Rights Act.  However, the IHRAR report, published until the 14th December 2021, was not available before the Government’s consultation proposals. This means the public and organisations were not able to see what the IHRAR recommended to the Government before the Government published its plans.

The consultation will end on 8 March 2022. https://www.gov.uk/government/consultations/human-rights-act-reform-a-modern-bill-of-rights

After this, the Government will publish a report summing up the responses and an impact assessment. If the Government wants to change the Human Rights Act, it has to propose a bill containing the actual wording of the new law. The Government’s consultation suggests that the Human Rights Act should be replaced with a Bill of Rights. It is not asking people whether this is a good idea or not. This has to be voted on by both the House of Commons and the House of Lords before it becomes law. It will also be scrutinised by the Joint Committee Human Rights.

This means that it’s important that as many people as possible should understand and debate the impact of the proposals and respond to the consultation so that their voices are heard before any decisions are made about their rights.

THIS EVENT WILL BE LIVESTREAMED ON

THE EVENT WILL BE UPLOADED TO YOU TUBE TOMORROW